Human Constanta > News > Mehrdad Jamshidian is released, but he is obliged to leave the country voluntary

Mehrdad Jamshidian is released, but he is obliged to leave the country voluntary

At the last hearing, the court voided the deportation order of an Iranian and requested the Department of Citizenship and Migration to review the Mehrdad’s case. Today the : Mehrdad still has to leave the country, although, voluntarily. He’s got three months.

Today, on 14th of May, Mehrdad Jamshidian was released back to his family after 11 months in isolation. After the trial, which took place last week and resulted in the order to re-examine the case, the Department of Citizenship and Migration of the Moscow district of Minsk issued an on voluntary deportation. He will be granted an exit permit for a period of 3 months. This actually means that Mehrdad must during the period of 3 months somehow find a country that will agree to accept him. At the same time, neither the court nor the Department of Citizenship and Migration took into account several crucial circumstances, such as the right to family, Mehrdad’s strong ties with Belarus, Mehrdad’s and his wife health issues, as well as the lack of substantive and legal possibilities to move to another country.

Mehrdad and his family have been living in Belarus for almost 25 years, his whole life and life of his family is connected with Belarus and he has no such close ties with any other country. During the time he was in prison he suffered a heart attack, and his wife survived the surgery because of cancer. They both need a quiet treatment. Two daughters meet the family’s needs so that they just don’t have the financial possibility to move to another place.

Earlier, our organization appealed to the Embassies of several countries with the request to admit Mehrdad to their territory. We have not received an affirmative answer yet. We also gathered 1276 signatures and filed a petition to the President of the Republic of Belarus. His decision could have annulled the deportation order and granted Mehrdad refugee status, but we hadn’t yet received any response.

We are glad that after a long separation Mehrdad will be able to embrace his wife and children, and tonight Mehrdad will have dinner at home with his family. But we still don’t know what will happen to him in three months and how to solve his problem.

Mehrdad is grateful to all who supported him, but now he is very tired and would like to be with his family. He’s not willing to comment now. We’re asking to understand the situation. If you have any suggestions on what to do next, or just want to help, please feel free to contact us. For more information and comments please contact Enira Bronitskaya. 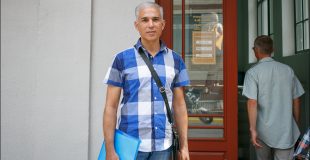 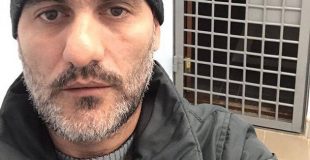 Belarus has unlawfully expelled to Russia a refugee from Chechnya, now he might face torture

On 16 August 2017, Human Constanta reported that Belarusian authorities wanted to expel to Russia a refugee from Chechnya, where he would be put under risk of torture.  Migrants and refugees 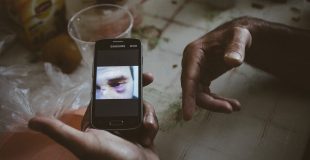 The man from Chechnya asked for refugee status in Belarus. He was refused and now Belarus wants to expel back to Russia. Migrants and refugees

Rights of foreigners and stateless persons in Belarus

Against the background of the ongoing humanitarian crisis, we want to outline the general situation with the rights of migrants and refugees in Belarus, which, we believe, is important to be taken into account when considering ways to resolve this situation.
You have successfully subscribed to our newsletter